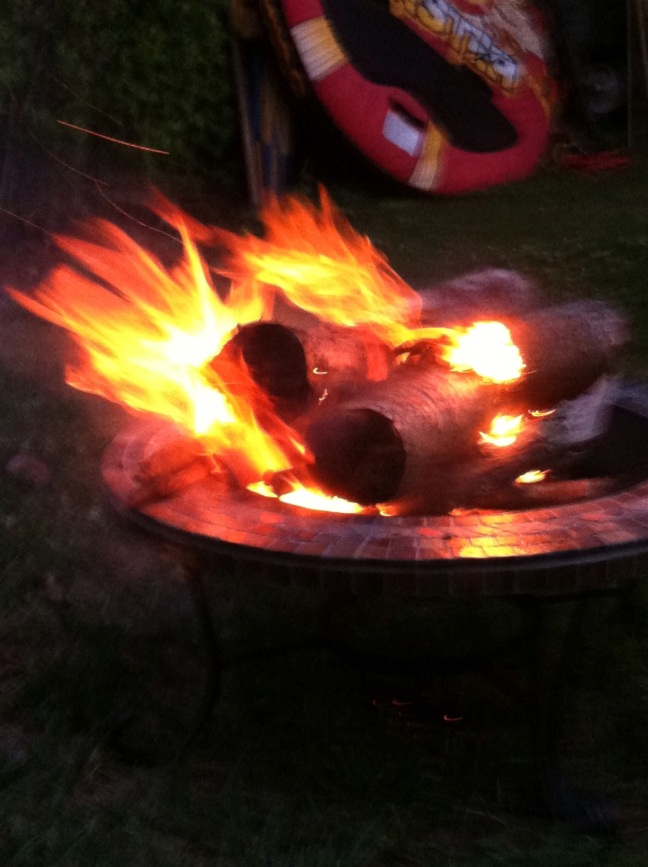 Hank Martin was very serious. The platoon leader with white hair and moustache with crystal blue eyes passed out the picture of five-year old Mariel Santos. She wen missing three hours before in the Linden Houses. All incoming officers were assigned to aid in the door to door search. 19 buildings and over 4000 residents was a lot of ground to cover. Bobbi listened to her partner. “Keep on your toes, most people will cooperate to look for a little girl but.” “But ten percent will not.” Bobbi grimly repeated her partners frequent reminder.

Four other police officers were assigned to search one of the eight story buildings with Steve and Bobbi. Outside it was freezing and a cold rain fell steadily. Inside the heat in the hallways burned hot.  The sweat pooled under her arms and across her forehead. She was assigned with her partner to search the seven and eighth floor as well as the roof top.

The roof was desolate and cold. The wind whipped and the rain burned their faces. It was also black. Holding her flash light beside her head in her right hand, she maintained a right side to wall search. Steve went to his left. The roof appeared was a hangout. Cigarette butts, beer cans, food wrappers, an occasional condom littered the ground. “Blech ” She wiped the icy rain from her eyes. The refrigerator was lying on its side. It’s white walls reflected the light. Bobbi approached it with dread. A hasp held it closed. With her leather gloved hand, she released it.  There she was still wearing her hot pink bubble coat and her white boots. In her hand was her favorite baby doll. Mariel was dead.

She wasn’t released until dawn. Statements and reports and more statements consumed the rest of her shift and more of the next. Her head pounded, her heart ached and her stomach was tied into knots. “The hasp was locked, someone put her there.” She repeated over and over to the detectives. She sat at the diner eating sickeningly  sweet chocolate chip pancakes with a few colleagues. Hunter Rollings did his best to help her shake off the sight. Her eyes only yielded pain. She tossed her money into the pot to pay the check and stood to rise. “Lemme give you a ride home?” He lived on Long Island and had a car. She regularly took the subway. She nodded.

Six am and the city was waking up. Her parents penthouse was a far cry from the desolation of that cold roof top. “Want me to walk you in? You okay?” Hunter, a four-year veteran eyed Bobbi cautiously. “No.” Tears started to fall.

Her double bed was covered by a rich cream coverlet. Pillows in beige tones sat carefully arranged lay carefully against the fabric covered headboard. A modern bedside table sat on either side. Each held a modern brass lamp covered in a beige simple shade. A modern desk and chair littered with mail sat in a corner overlooking the beauty of Manhattan. Hunter pulled the comforter back, pressing Bobbi into the layer of soft pillows. He kissed her tear-stained face. His kisses were sweet and soft. Her lips met his with a needy demand to try to forget the sight of that little angel. He pulled his tee-shirt off and straddled her. His hands reached under the edges of her cashmere sweater and lifted it and unhooked her bra pulling both in one fluid motion over her head. “You are so beautiful.” His mouth suckled her nipple, tugging it gently with his teeth. He moved and repeated it on her other. Bobbi reached for his face and pulled his head to her mouth. They kissed letting their tongues dance. Hunter smiled at her his tongue licking her lips still tasting like syrup. He pulled on her lower lip. Bobbi pressed her hips against him. His arousal pressing against her and the confines of her jeans.

Bobbi wrapped her legs around him and pulling him close rolled carrying Hunter with her. She kissed her way down his neck, to his chest where she nuzzled the dark brown hair covering his chest. Bobbi looked at him with wanton eyes. She slid off the bed yanking off her jeans and panties. Naked she stood in front of him, her lips parted her breathing deep and heavy. Hunter rolled of the bed and picked her up dropping her unceremoniously into the pillows. She giggled at her lover as he dropped his jeans to the floor. “Commando!” She continued to giggle. “That can be dangerous.” “It’s going to be for you baby.” He crawled back on the bed and took possession of her body.

Read the story about Bobbi Wallace as she discovers true love and fights obsession.

Blood Obsession by RL Dunn available on Amazon and iTunes.